The office party is a great way to boost morale by rewarding staff and giving everyone a chance to bond, but when things go wrong the repercussions can go far beyond the next-day hangover.

One thing to remember is that employment laws apply even when a party takes place somewhere other than in the workplace. This means that employers could still be liable for incidents of harassment that take place at work-related social events and could even face tribunal claims. Drink-fuelled behaviour is often the root cause of many tribunal claims each year, and without risking being seen as party-poopers, employers should consider reminding staff of what constitutes unacceptable behaviour at staff social events – as well as highlighting the likely consequences of such behaviour.

Below Kim Dalton from Ward Williams HR explains in our latest podcast. What employers should consider during the festive party season.

Listen to our Podcast here

1) Leaving Work Early (having next morning off work)

I think this is really dependent on the specific organisation, and service that they are offering or the requirements of their clients.

But, looking at it from a practical point of view if these events are taking place during the working week, a company might want to consider staggered finish times across departments. Not everyone actually attends the Christmas do, so there might be some capacity to cover phones to accommodate an early finish.

Historically, if I give my specific team as an example, we have tended to take it in turns, or looked at the locations of where members of the team live, as to what is the fairest way to work an earlier finish.

It’s not something to take for granted though, and it is discretionary but I think generally in keeping with the festive spirits, if a company can do something to allow an earlier finish, or a staggered late start then it is something to look at it.

Again, it varies. A Christmas party isn’t a contractual entitlement, so it is going to depend on the company, the amount of staff, the financial impact, and perhaps how successful the year has been.

Some companies cover the whole cost, some subsidise it and ask for a contribution, and others may ask staff to cover the cost. As long as whatever is decided applies to all employees, then it is fair.

3) Freelancers invites? Is it for perm staff only?

Again I think it depends, there is no hard and fast rule, and it is dependent on the business. I have worked for companies in the past who use contractors, who are self-employed and essentially a one man band, so wouldn’t get to attend a Christmas doo ordinarily, so have attended ours but made a contribution to the cost.

4) Seating plans, who sits where?

Actually, I think seating plans are a good opportunity to mix things up a bit especially in bigger companies, or for those who have multiple sites and offices where people don’t tend to see each other or meet on a regular basis.

With our party, we make sure there is a really good mix across all the tables, so that each person of course knows and is familiar with someone on their table, but also gets the opportunity to mix with people they wouldn’t do on a day to day basis.

This is an interesting one! Company relationships is something that should be covered in the handbook, so it is worth checking it out.

But I think this really is about general behaviour and the expectation of the company, you don’t want to impose strict rules, it defeats the purpose of the party, but it is important to remember, at the Christmas party an individual is still representing the company, and essentially the organisation is vicariously liable for the behaviour of their staff.

Attending a Christmas party is done in the course of someone’s employment, they are only there because they are a part of the organisation, so regardless of whether the event takes place out of hours, or on a weekend it is an organised party, so if in doubt always assume the employer is liable for the behaviour of their staff. The party venue is an extension of the work place.

6) How to deal with rowdy behaviour

It is a shame, but Christmas parties to give rise to poor behaviours which can lead to having to deal with misconduct. How to deal with poor behaviour in general, should be covered in the handbook under the disciplinary procedure, and it is worth reminding staff prior to any work events that these rules still apply.

I think it’s best to try and prevent any poor behaviours in the first place, so it might be worth releasing a pre party statement, reminding everyone that of course it is an opportunity to have a great time and enjoy themselves, but reminding everyone of the expectations relating to behaviour, and the consequences should this get out of hand. It will also be worth including a statement about the consequences of drinking and driving, there is a responsibility on the employer to ensure everyone gets home safely, so whilst they don’t need to pay the cost, the company could arrange transport, or make sure lifts are organised.

If you would like to find out more about Ward Williams HR, or ways in which we can help to boost productivity in the work place. Please don’t hesitate to get in touch 01932 830 664 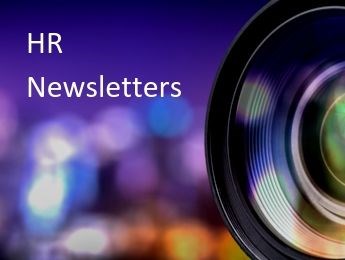 We are always pleased to talk and discuss on a no obligation basis how we might assist.